This year’s list of Academy Award nominations is officially in! There are some surprises (Jennifer Aniston got 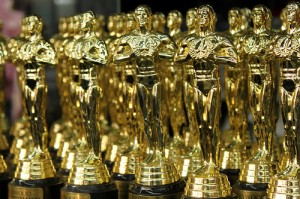 snubbed! How did ‘ The Lego Movie’ not make the list for Best Animated Feature Film?) and some “well, duh” moments, like when you notice that Rosamund Pike earned a nod for her perfectly creepy performance in ‘Gone Girl.’

Best Picture looks like it’s going to be a tough race. ‘Birdman’ has earned a lot of buzz, but then again so has ‘Boyhood.’ And there are plenty of people who rave about ‘Selma’ and ‘The Grand Budapest Hotel.’

So, let’s hear YOUR opinion. Who do you think deserves a little gold statue at this year’s ceremony? Which movies did you see this year? Are there any that you missed and will be checking out on Netflix?